This prestigious award is judged on service to British sociology and awarded to the outstanding individual who has contributed most to the discipline by leading an extraordinary life as a sociologist.

All BSA members are eligible and the winner will be presented with the award by BSA President, Susan Halford during a special virtual ceremony.

Nominations for 2021 are now CLOSED. 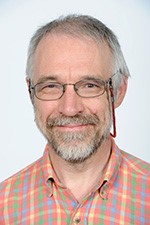 We are delighted to announce that Professor Graham Crow, of the University of Edinburgh, has been awarded the Distinguished Service to British Sociology Award for 2021.

"It is a great pleasure to recognise Graham Crow for his outstanding contribution to sociology over a long and distinguished career.

"From his pioneering work on lone parenthood in the 1990s, to his work on communities and his contributions to research methods, Graham has been an influential figure in British sociology.

"Moreover, he has been very generous with his time in supporting the wider discipline as a co-editor of both Sociology and Sociological Research Online as well as several stints on various journal editorial boards." said Professor Louise Ryan, Chair of the Board of Trustees of the BSA.

On receiving the award, Professor Crow said, “This is a wonderful surprise to be honoured by the BSA in this way. I am grateful to the Association for having helped me in innumerable ways over the last forty years to build a rewarding career as a sociologist. In turn, it has been a privilege to have been able to contribute to the collective good through the Association, and in the process to have worked with so many inspiring and dedicated people.”

Find out how you can become a member of the BSA and what you can expect from your membership.  Join online today!