BSA >> About >> Latest News >> 2018 >> June >> Supporting the marginalised with applied sociology: the case of transgender health

Supporting the marginalised with applied sociology: the case of transgender health

By Ben Vincent, University of York 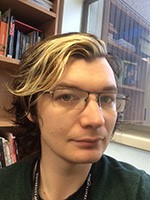 There has been a proliferation of attention towards gender diversity – from both wider society, and within sociological contexts. By this, I mean individuals (and communities) who experience a disjunction between the assignment made at birth (of ‘M’ or ‘F’) and their identity – as men, women, or non-binary people. Transgender (often shortened to trans) is increasingly used as an umbrella term to refer to anyone who disidentifies with the assignment made at birth. There is huge variation within the trans population regarding the relationship with one’s body, gender expression, and other forms of social division. This variation makes it difficult to speak in general terms about ‘trans experiences’ or ‘trans needs’, but what can be said is that there remain huge inequalities faced by trans people (Clements-Nolle, Marx, & Katz, 2006; Davy, 2011; James et al., 2016), many of which manifest in the context of healthcare (Bauer et al., 2009).

Powerful, recent sociological research has examined trans healthcare experiences. Pearce (2018) used online ethnography to contribute a highly necessary contemporary analysis of doctor/patient power dynamics in relation to trans communities. This resonated with my doctoral research on non-binary identities and healthcare access (Vincent, 2016). As it stands, transgender healthcare is significantly under-represented within medical training. Medical students and current practitioners often receive no trans-specific training. Efforts made by particular education providers can be piecemeal, such that inconsistency in training is also a problem. Transgender health training necessitates not only topics which dominate trans discourses historically (that is, referral to access or provision of hormonal and surgical interventions), or awareness around respectful and nuanced language use, but also when and how trans status may have interplay with healthcare provision more generally. My book Transgender Health: A Practitioner’s Guide to Binary and Non-Binary Trans Patient Care (Vincent, 2018) includes a chapter dedicated to this thorny and underattended issue, where I have attempted to scratch the surface of reading medical literature on gender through a trans lens. That is, when research on health and illness draws attention to a gendered dimension of importance, what does this mean for trans people? What are the risks of breast cancer in trans men, or in trans women, for instance? There can still be a risk of breast cancer even post-mastectomy or with a testosterone-based hormone profile. A regimen of estrogen results in breast tissue development, and yet trans people readily fall through the cracks of screening services. But there are more subtle instances.

Dermatology probably does not strike most people as a site where gender is a significant factor for treatment outcome, yet offers a powerful example of the need for specificity. Isotretinoin is a medication used for acne, but is contraindicated in ‘women’, because of a risk of congenital disorder if pregnant. Trans men (that is, people assigned female at birth, who may be read socially as male while retaining capacity for pregnancy) may present with acne as a side-effect from testosterone prescription. It is not ‘womanhood’ or ‘being female’ which are a risk factor with isotretinoin, but possibility of pregnancy. The nuanced social negotiations that such issues raise are hugely sociologically topical, with an international research project on transmasculine practices of reproduction funded by the ESRC currently underway, based at the University of Leeds.

My book, Transgender Health: A Practitioner's Guide to Binary and Non-Binary Trans Patient Care (available from Amazon and listed as #2 in Books > Gay & Lesbian > Transsexuals), is ultimately not a sociological text. It is guidance aimed to support trans people in accessing – and practitioners in providing – sensitive and nuanced trans-inclusive healthcare. However, I argue that this is only possible by drawing upon contributions from sociology that allow for nuanced understanding of subjects such as the relationship between the categories ‘sex’ and ‘gender’, expert patienthood, and identity politics. The book was also informed by my original undergraduate training in genetics which assisted greatly with digesting natural scientific research, and my experience (and advisory networks) as a member of the trans community. My hope is that this book is an example of applying sociological training to make a difference in people’s lives – to support social interactions where they can better provide (and receive) what is needed.